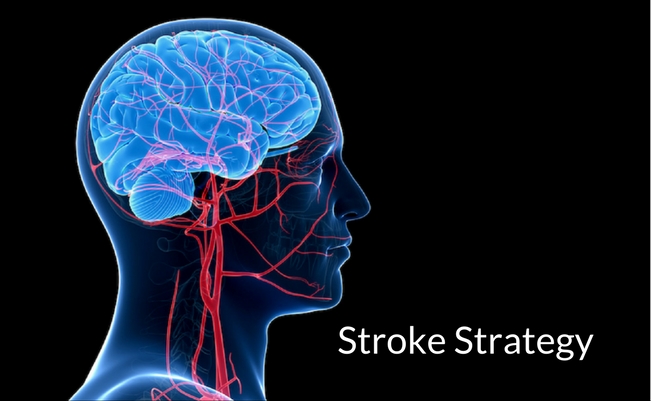 Good morning and happy new year. It’s an honor and a privilege to be back with you through the auspices of ChiroSecure and to be the first and the premiere offering of Growth Without Risk for 2020. Almost made my first error there. I continue to wish everybody happy new year throughout the year until I stop referring to the previous year so when I quit writing checks for 2019 or I quit saying 2019 then I stop saying happy new year. Happy new year to all of you and welcome to a new year, welcome to a new decade, and welcome to an opportunity for us to begin to unfold our lives in as productive and as fruitful a manner as possible.

I’d like to take a few minutes and just consider where we are as a profession. It seems like just yesterday, in 1995, that we were celebrating the centennial anniversary of the chiropractic profession. It was a high point in the history of the profession. We had achieved a level of cooperation toward the development of the centennial projects, and centennial efforts. All of chiropractic education in the United States had come under the auspices of a single accrediting agency. There were signs that we were beginning to move forward and, in a fashion like we hadn’t seen before, the Association of Chiropractic Colleges published a landmark paradigm statement regarding the profession.

We’ve seen a lot of growth and transition over these last 25 years, in particular, and we’re now looking at the celebration of the 125th anniversary of the chiropractic profession. I hope that you’ll take the opportunity over the course of the year to celebrate the profession and to celebrate the advancements that we’ve made over this 125 years of our existence. As I say that, it’s kind of shocking and a little bit mind numbing for me to realize that this year I’m also beginning my 50th year in chiropractic.

It was in 1970 that I enrolled at the Palmer College of Chiropractic in Davenport. As a result, 2020 represents the 50th anniversary of my engagement with the profession on the level of obtaining by Doctor of Chiropractic Degree and becoming fully immersed in the profession at that point. It’s been a great ride, it’s been a great personal experience, and I am very, very excited about what the future holds for us as a discipline and for the people that we serve around the world.

As we get going and begin this discussion on behalf of ChiroSecure, again a happy new year to you and our theme is growth without risk. What I’d like to do today is to take a look at an area that has been with us for many, many years and it’s the question of cervical spine adjusting and vertebral artery related or cervical artery related issues. I’d like to bring to you an update that will bring a series of conversations to your attention that are underway across the profession and on this subject that will be helpful to you and will give you the latest and the most current information that’s possible for you to have on this subject.

Now, the remarks that I’m going to offer and the slides that will support them will be available through ChiroSecure so feel free to text the information that’s on the screen or request it on the screen and you can download not only the PowerPoints, obviously the slides themselves, but also a transcript of this discussion. In the course of this conversation about the whole area of cervical spine adjusting and vertebral artery issues or cervical artery issues, I’m going to pay attention to four key areas.

The first of these has to do with epidemiology and to revisit where we are in our understanding about the epidemiology of this circumstance, to again clarify the difference between causation and association, and to emphasize the basis upon which it is asserted and agreed that there is an association between cervical spine adjusting and vertebral or cervical artery issues as opposed to a causation relationship. We’ll go through the literature on that. There’s a series of important pieces that have covered the period from 2008 through 2016 that will help inform us about the current status of the understanding of the epidemiology.

Then I’m going to shift gears and move into a discussion of blood flow related issues. One of the questions that has been persisting throughout the years is, is it possible that the positions of normal activities of life or the positions that a person’s head and neck would be placed in during cervical spine adjusting, that those positions could alter blood flow in the cervical arteries to the point that they may accrue to damage to the artery in some fashion just based upon the movement of the artery.

There’s a series of articles that we’ll go through that have covered a span of about 20 years. They go back to 1998 and also come right up to about two months ago where we’ll look at various aspects of this question using various technologies, of various approaches to understand how blood flow affects the artery and how position affects blood flow and if there’s anything that we can do to minimize that and we need to be aware of and concerned about, things of that nature.

The third area that I want to pay a good bit of attention to in this conversation is the area associated with hypertension. Now, I’ve been doing work in this area of vertebral artery related cervical spine adjusting and vertebral artery related questions and circumstances for over 20 years now. In that period of time hypertension has been one of those areas that has moved from being a very central key discussion to almost a non-discussion, to back moving towards center stage again.

We’ve gone from a period of time where it was viewed as being absolutely, that it was the same correlation as with a typical stroke to a transition over time where we didn’t really see the traditional risk factors associated with a ischemic stroke in general where the same risk factors associated with cervical artery dissection and the associated ischemic stroke that may result in that environment. Now the pendulum is swinging back in recent literature a little bit more toward the role of hypertension being involved.

We’ve spent a good bit of time in the discussion and in the PowerPoint and the information is on the screen as to how you access that. In that discussion, we go through in considerable detail the recent literature talking about this transition and thinking from central role, to not so much, to back toward the center, and what that means to you and how you should take that into consideration. Then the fourth area that I get into and spend a little bit of time dealing with, has to do with the issues associated with the safest application of chiropractic care or the safest application or cervical spine adjusting in the practice environment.

This is based upon some models that were created and published in 2019 suggesting different rubrics for referral and so on and we’ll go through those in considerable detail. We’ll talk about some of the strengths that the conversations that were put forward reflect. We’ll also talk about some of the weaknesses and the reasoning that’s behind the rubrics that have been offered and the rationale for them. It’s my hope that in the course of maybe 50, 55 minutes that you’ll be able to sit down, take some time.

You can see the literature that I’m referencing for each of these four areas. You can hear the discussion and then you’ll have an opportunity to go back to and think about each of the points from the area of epidemiology, to the area of blood flow, to the area of hypertension, and on to the area of the safest application possible and any type of screening rubrics and that sort of thing that might be of use to you.

In so doing, that you can move into the year confident that you’re up-to-date with the literature base that exists in, and for, and around the profession. Also, that you’re in a spot where you understand how you can best document your care, how you can best do everything you can to provide the safest possible care and the most effective possible care for the needs of your patients on an ongoing basis. As we move into 2020 and we move into our 125th year, we’re going to see a great deal of activity around the profession this year marking the 125th anniversary. Rumor has it that there are a couple of important books about the history of the profession that will be published and released later this year and we’ll have an opportunity to reflect on where we have come over this last century and a quarter in the chiropractic profession.

The exciting point for us is that as we begin this year of 2020, we have more information about the association between cervical spine adjusting and vertical or carotid artery related issues than we’ve ever had in our history. We also have more and growing emphasis around the world from different disciplines, looking at cervical spine care and cervical spine adjustment as we refer to it, manipulation as they might refer to it, and people coming to a common understanding and a common perspective that is what the chiropractic community has reflected over the last 20 years or so regarding the evolution of thinking on this circumstance in our profession as well as in the lives and circumstances of our patients over time.

I hope that you’ll make the most of this. I’d like to thank ChiroSecure for the opportunity to have a quick discussion with you about this today and, more importantly, for their kindness and their courtesy in providing the slides, the transcript, and this very broadcast so that we can keep everybody up-to-date and we can have as productive, as significant, and as helpful a year individually, collectively, as a profession, for the best interest of the patients we serve around the globe.

As you began the 125th year of chiropractic, as you begin a new decade, as you begin a new year, all the best to you and your family. I’ll look forward to touching base with you through the auspices of ChiroSecure a couple times over the year and don’t forget to visit ChiroSecure’s, opportunity to access the PowerPoint slides, the transcripts, and all of the information.

Take care of yourself, happy new year to you. Make it a wonderful year, a wonderful decade. Now let’s move on to the next 25 year cycle in the history of the chiropractic profession. Thank you very much.

Please subscribe to our YouTube Channel (https://www.youtube.com/c/Chirosecure) Follow us on Instagram (https://www.instagram.com/chirosecure/), LinkedIn (https://www.linkedin.com/in/chiropracticmalpracticeins/) Periscope (https://www.pscp.tv/ChiroSecure). If you have any questions about today’s show or want to know why ChiroSecure is still the fastest growing malpractice carrier for over 28 years, then call us at (866) 802-4476. or find out just how much you can save with ChiroSecure by visiting: https://www.chirosecure.com/quick-quotes/malpractice-quick-quote/.

Want to be notified of all future events and automatically be sent all Future Live Event Replays, transcripts and notes without having to be registered for each event? Simply click the image below to sign-up it's FREE!

Any cookies that may not be particularly necessary for the website to function and is used specifically to collect user personal data via analytics, ads, other embedded contents are termed as non-necessary cookies. It is mandatory to procure user consent prior to running these cookies on your website.