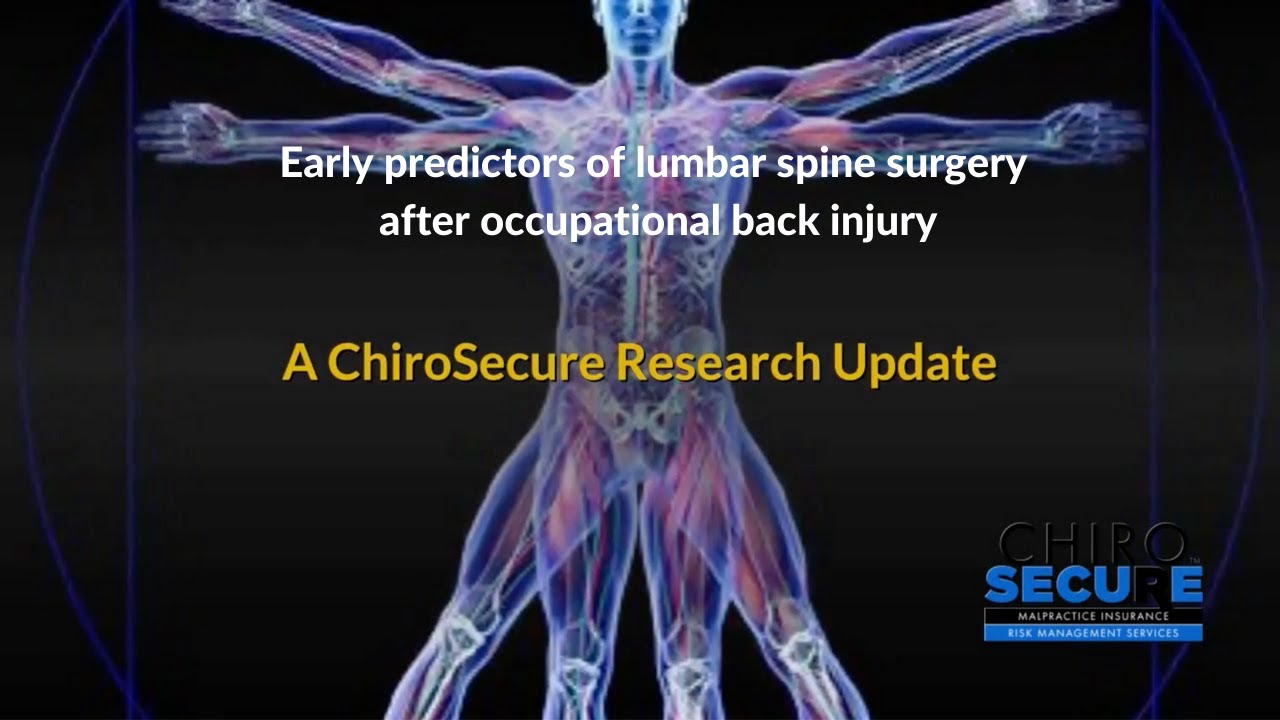 Early predictors of lumbar spine surgery after occupational back injury…

Title:
Early predictors of lumbar spine surgery after occupational back injury: results from a prospective study of workers in Washington State

Abstract:
To identify early predictors of lumbar spine surgery within 3 years after occupational back injury.

Back injuries are the most prevalent occupational injury in the United States. Few prospective studies have examined early predictors of spine surgery after work-related back injury.

In the D-RISC sample of 1885 workers, 174 (9.2%) had a lumbar spine surgery within 3 years. Baseline variables associated with surgery (P < 0.05) in the multivariate model included higher Roland-Morris Disability Questionnaire scores, greater injury severity, and surgeon as first provider seen for the injury. Reduced odds of surgery were observed for those younger than 35 years, females, Hispanics, and those whose first provider was a chiropractor. Approximately 42.7% of workers who first saw a surgeon had surgery, in contrast to only 1.5% of those who saw a chiropractor. The area under the receiver operating characteristic curve of the multivariate model was 0.93 (95% confidence interval, 0.92-0.95), indicating excellent ability to discriminate between workers who would versus would not have surgery.

Conclusion:
Baseline variables in multiple domains predicted lumbar spine surgery. There was a very strong association between surgery and first provider seen for the injury even after adjustment for other important variables.

Want to be notified of all future events and automatically be sent all Future Live Event Replays, transcripts and notes without having to be registered for each event? Simply click the image below to sign-up it's FREE!